I know you’re just here to see some more gannets, right? Or maybe some epic views? Well, it’s your lucky day. Cape Kidnappers has both!

After our long walk in, we headed off the beach onto the headland of the cape, up up up to Plateau Colony, where most of the gannets live. 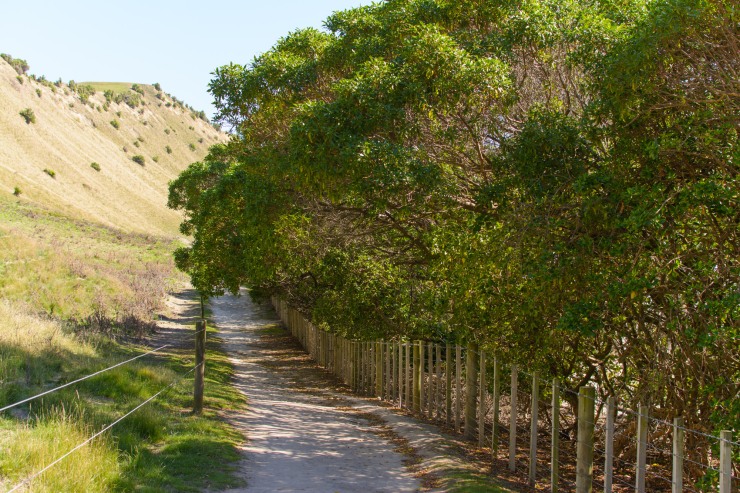 Of course, the upside of a steep path is quickly reaching views like this.

Here’s the trail in front of us. The Plateau Colony is at the top of that hill, to the right. 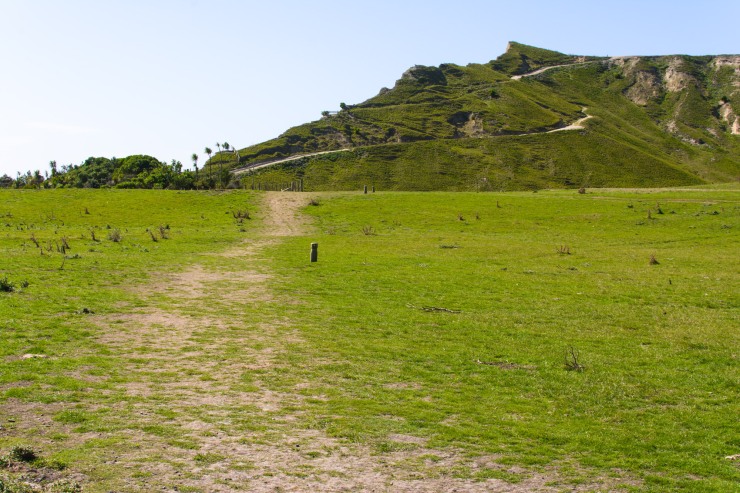 At last, we were there. Luckily, not many tour groups (you can get here in a 4×4 that drives overland) had showed up yet, besides a handful of Americans (always).

The gannets sure chose a scenic spot. 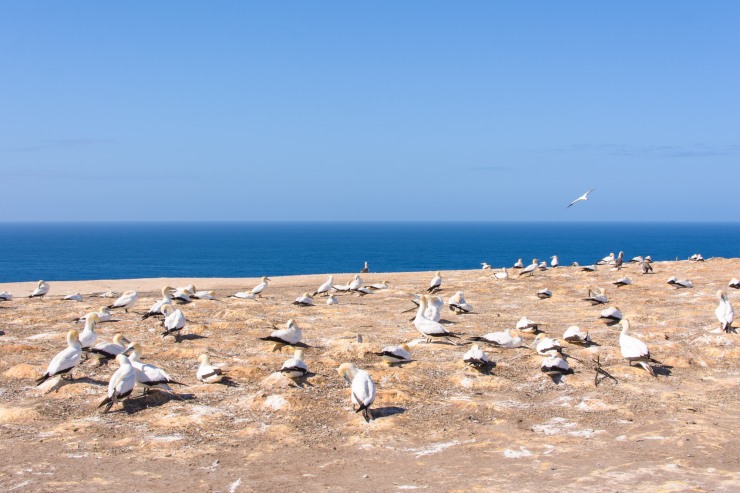 According to the NZ Department of Conservation:

The Australasian gannet (takapu) is one of three species of gannet which belong to the booby family. They are usually found in large colonies on offshore island around New Zealand and southern Australia and have been nesting at Cape Kidnappers since the 1870s.

Numbers have steadily increased to 6,500 pairs, which makes it the largest and most accessible mainland colony in the world.

Some where fighting, while others canoodled or slept.

The smell around the colony wasn’t the loveliest (maybe they’re just living up to their Māori name – takapu), but it was great to be able to get so close and observe them. The only thing separating us was a small roped fence. I’d love to come earlier in the year sometime when there are tons of fluffy chicks. The only ones around in April were a bit older.

Every few moments, a gannet would take off from the plateau and soar over the ocean. I was determined to get some photos, but it took quite a few shots to capture these graceful fliers as they dove and arced. 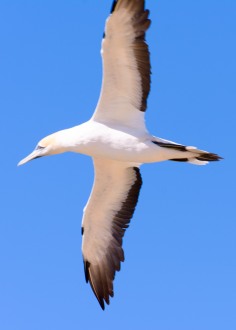 From the nesting colony, we also got a fabulous view of the very tip of Cape Kidnappers, where the erosive power of the ocean is easy to see. 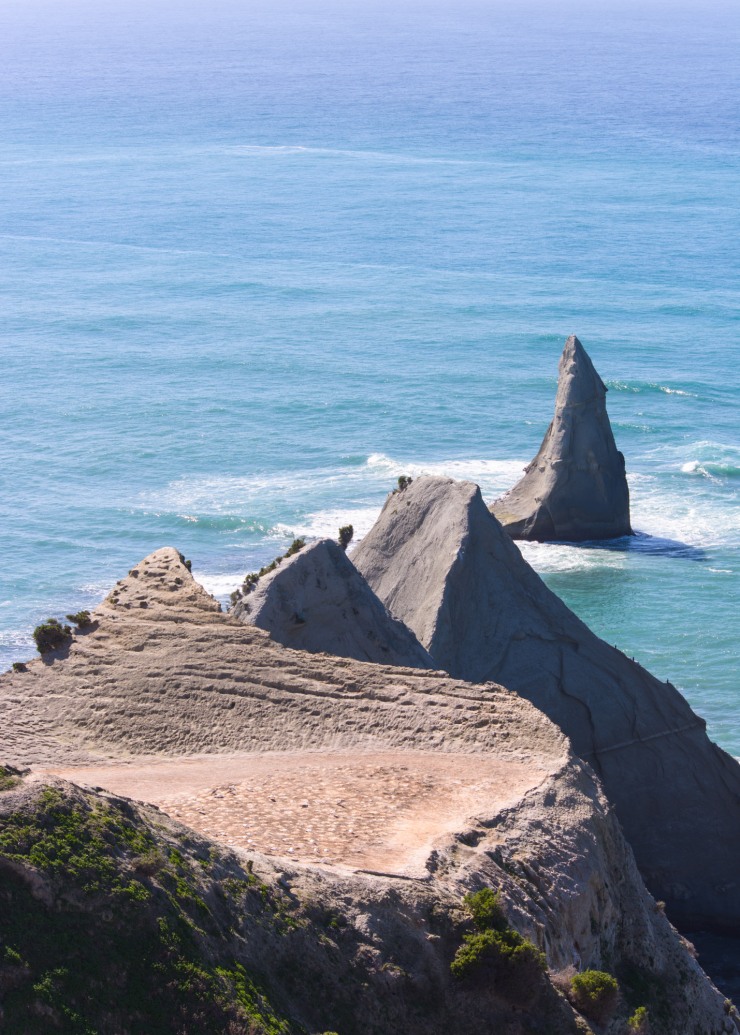 There’s another nesting site, known as the Saddle Colony, in the foreground of that photo.

Cape Kidnappers is known to Māori as Mataupo Maui, the Fish Hook of Maui. Thanks to this site, I got the backstory.

Maui-tikitiki-a-Taranga, a famous mythical hero, was fishing with his brothers and decided to demonstrate his supernatural powers. Chanting a prayer, he broke his own nose and smeared the blood onto a magical jawbone. With the bone he fished up the North Island, also known as “Te-Ika-a-Maui”- the fish of Maui. After Maui left, his brothers attacked the fish with their weapons, breaking it into pieces and forming the mountainous terrain of the North Island. The sacred jawbone used as the hook was left to form what is today known as Hawke’s Bay.

I love the legends surrounding various parts of New Zealand, and how they always tie in to land formations. These temperamental, shaky, shifting isles are constantly changing and have of course left an impression on the people that reside here. It only makes sense that the physical islands and their striking geology have a significant place in Māori mythology as well.

Back on the fish hook, it was time to head downhill and stop to eat the lunch we’d packed.

Yes, that’s a house there. Can you imagine living in this spot?! Beautiful, but quite a trip to get groceries.

Now, here’s the tip of Cape Kidnappers from the other side:

And looking back along the beach, our trail home: 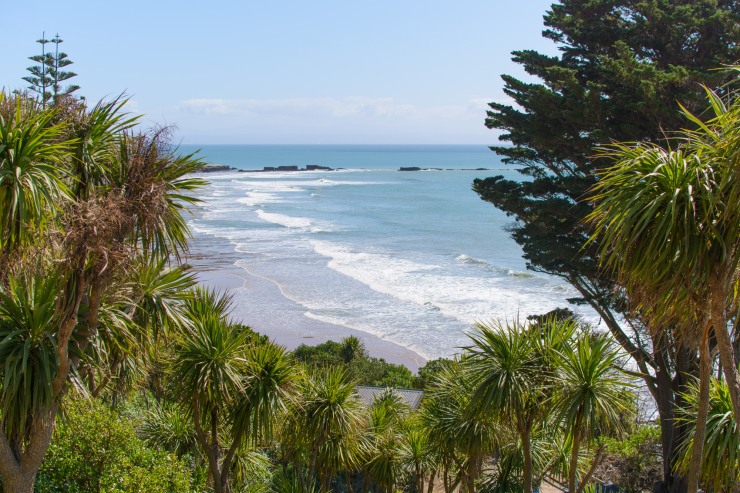 After lunch, we powered through the trek back. It was a lot different from our quiet walk in. With more beach exposed, ATVs, dirt bikes and even some cars with four-wheel drive were cruising along the sand. I’m glad we got there when we did so we could have the cape to ourselves for a bit. It’s always more enjoyable, in my opinion, when you’ve reached an amazing destination on your own two legs. 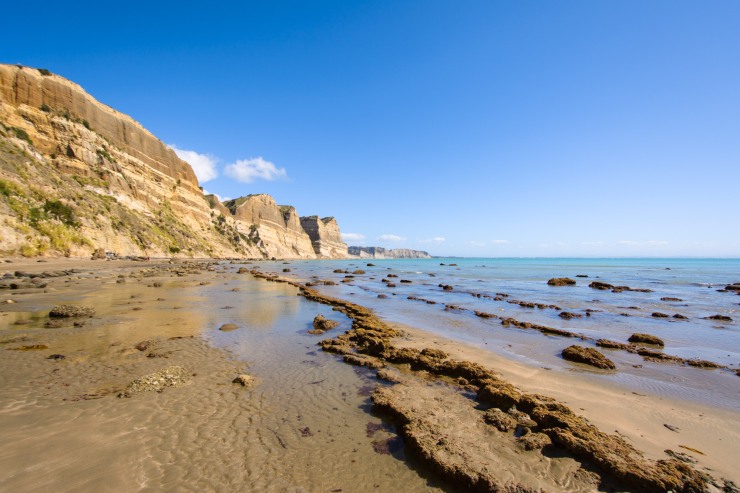 By the time we made it back to the car, we were hot and exhausted. It was an epic Easter adventure, but we were ready for ice cream and a soak in Napier’s seaside hot pools to soothe our aching legs. After that, we were back to our lovely bach for some beverages and Thai takeaway. Just what the doctor ordered!

There was an error retrieving images from Instagram. An attempt will be remade in a few minutes. 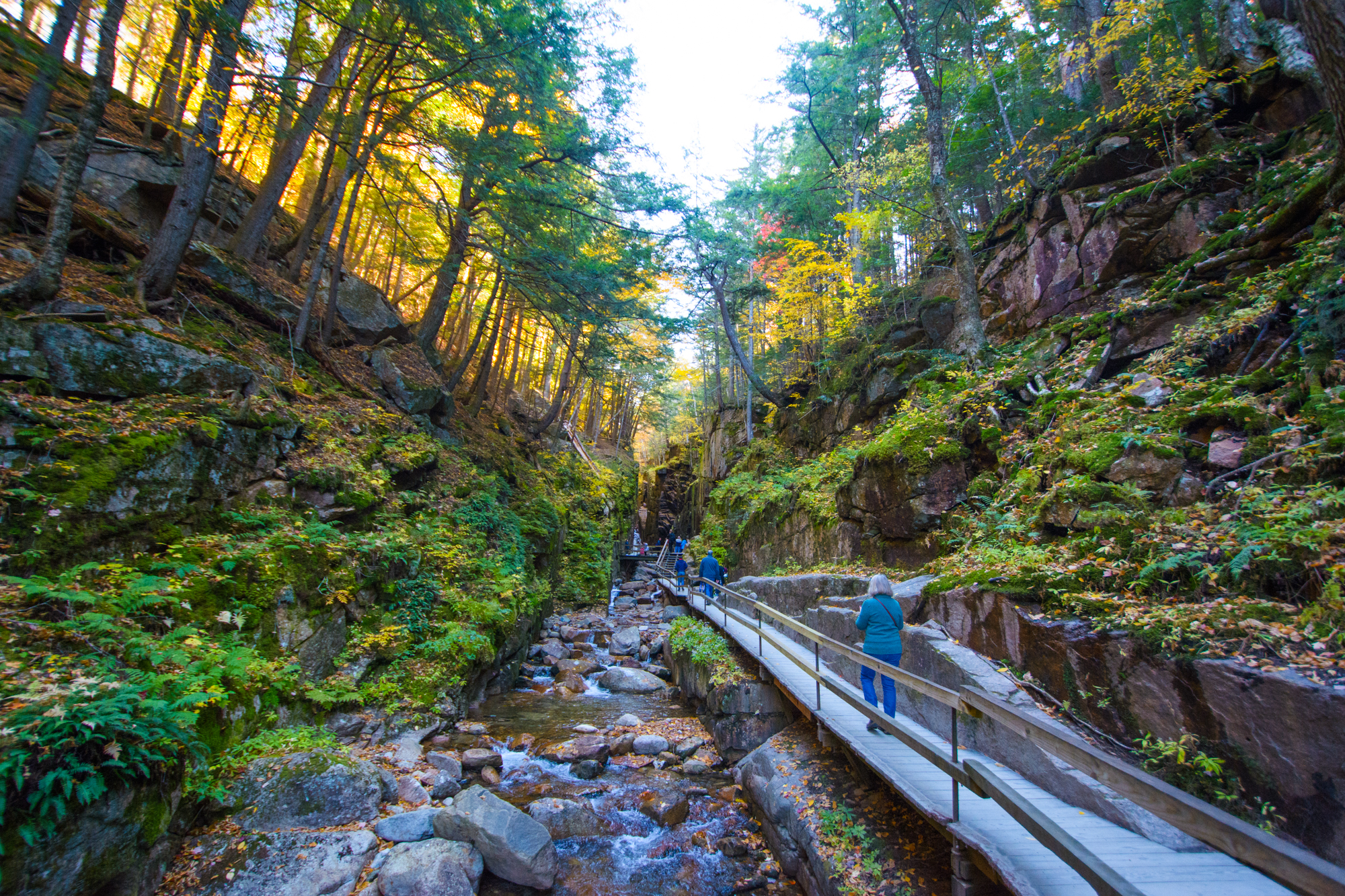 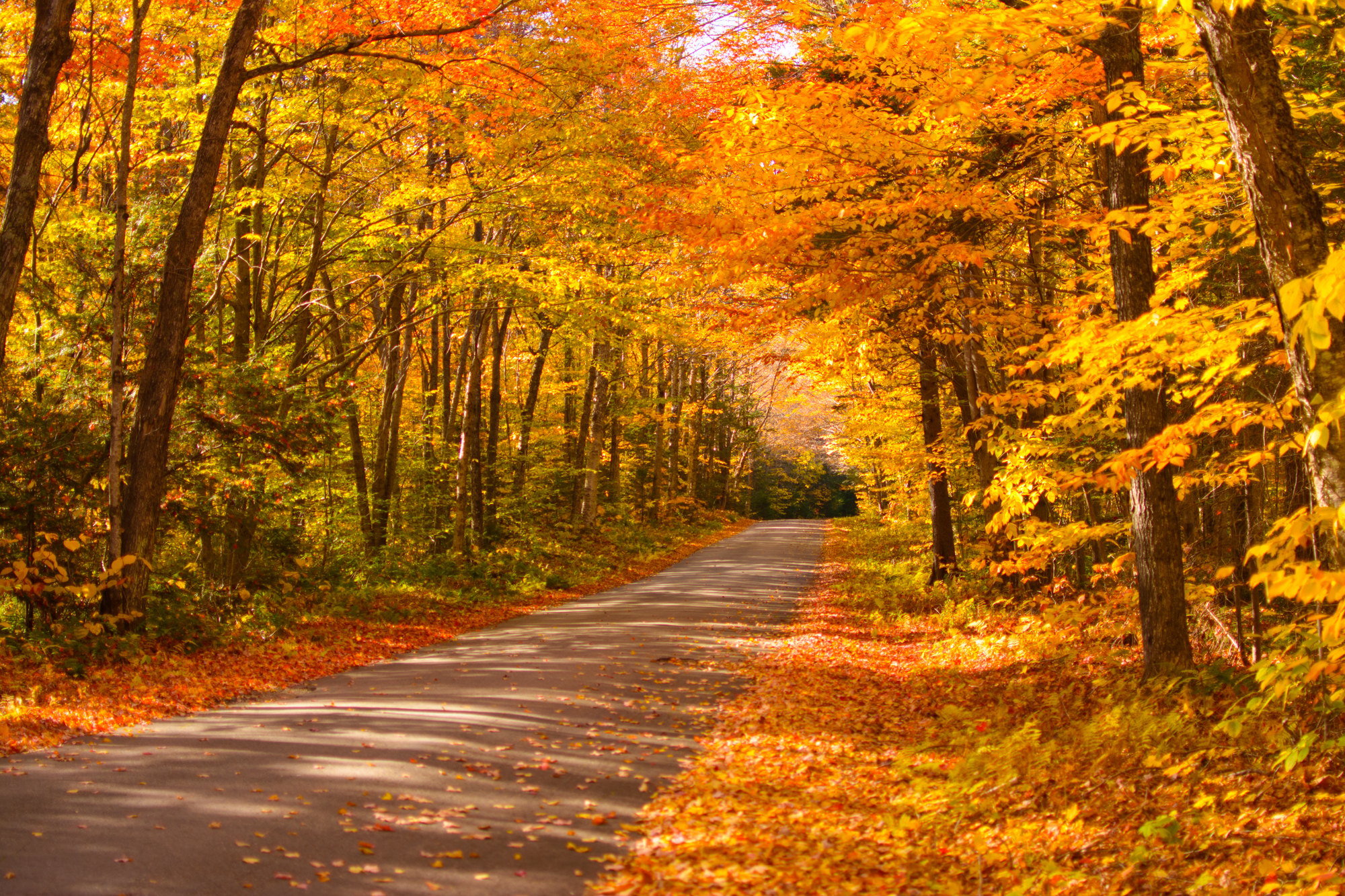 Home Is Ware the Heart Is 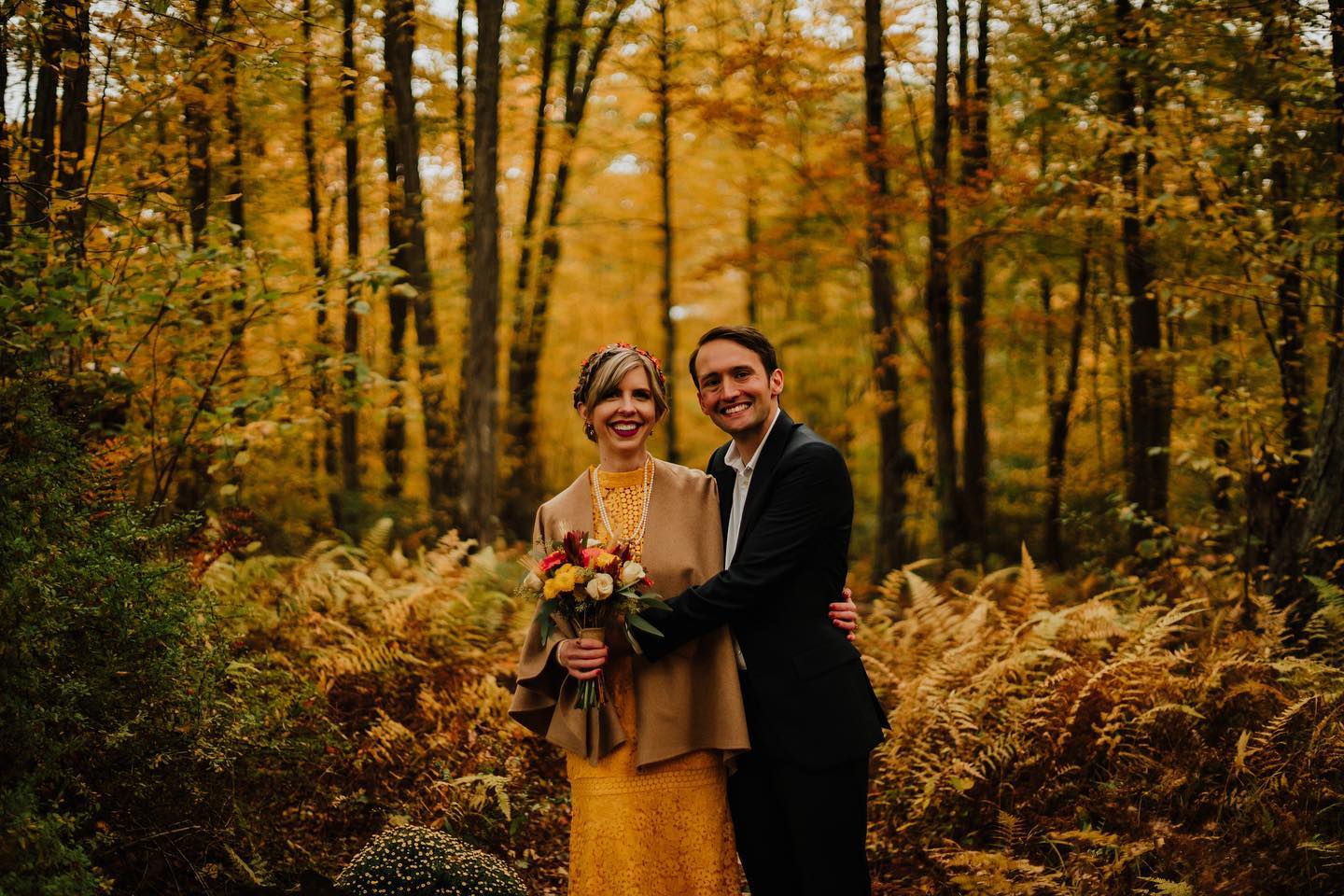 Wellington on a Good Day 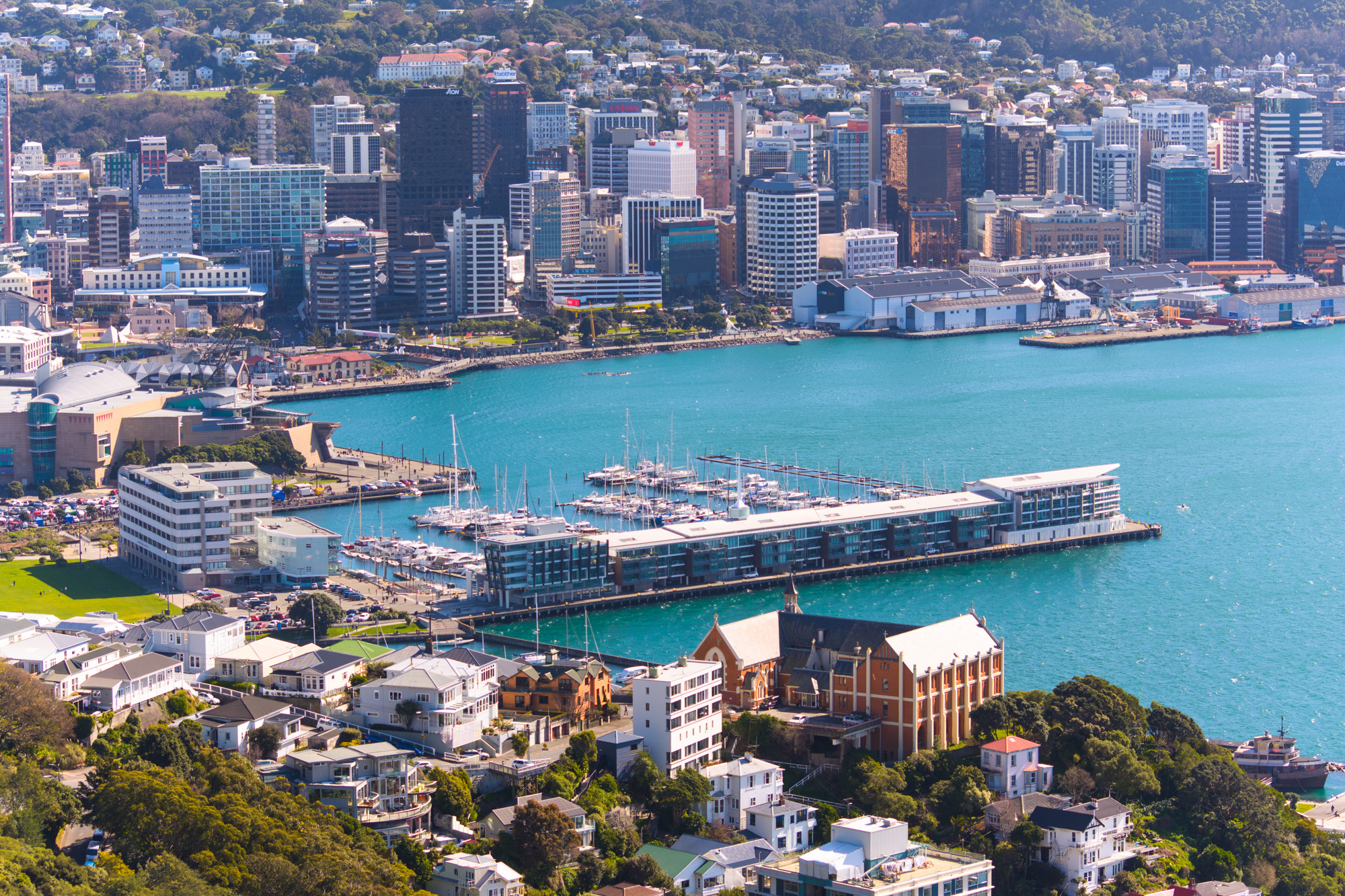 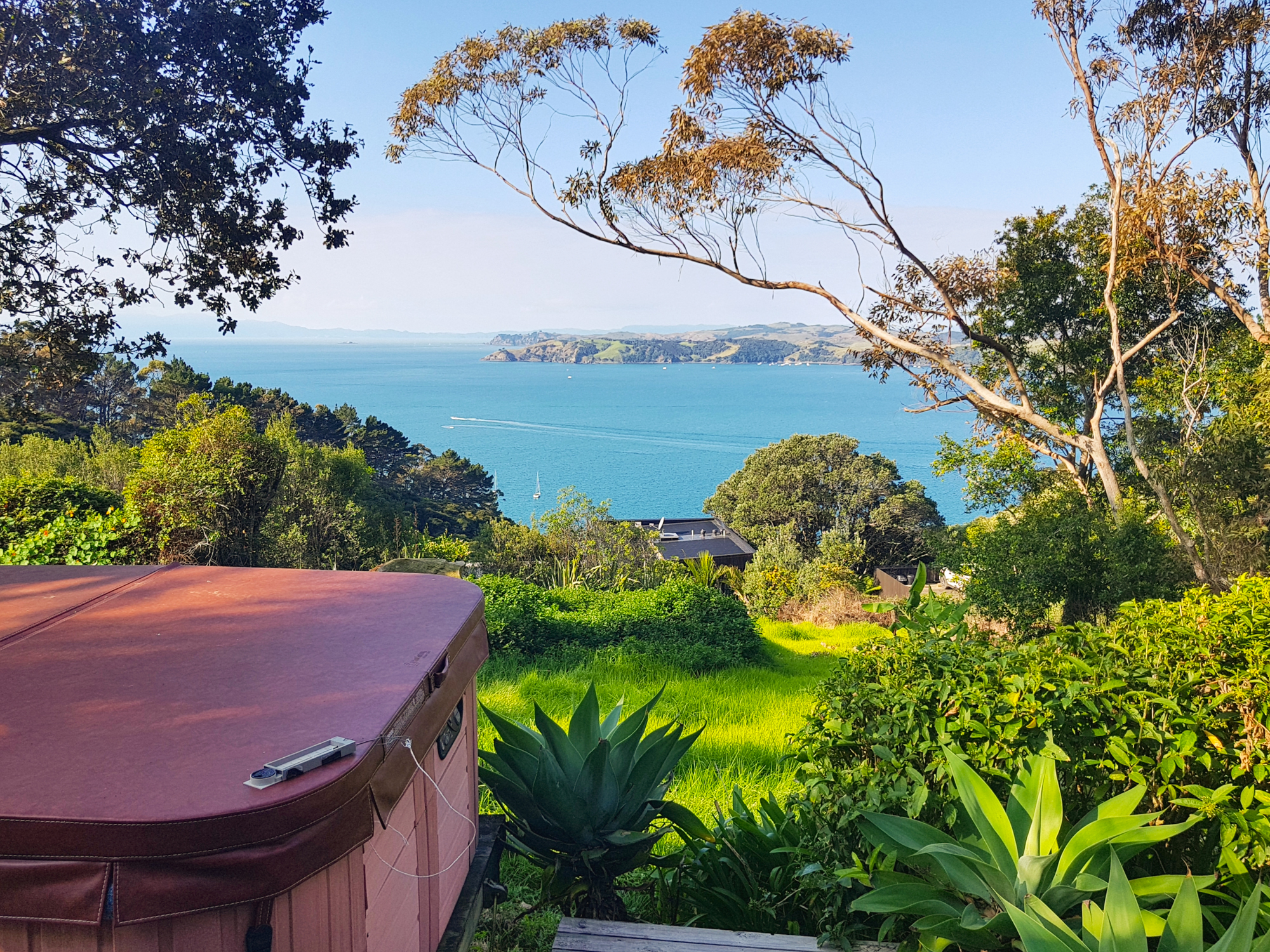