You are probably used to a certain cheeky Vallhund named Higgs by now, but are you ready for EIGHT TIMES the Vallhund action?! If not, too bad, since that’s what you’re about to get.

A couple weeks back, there was an organized Vallhund walk up at Queen Elizabeth Park on the Kapiti Coast. This was one of the first spots I visited with my friends Sam and Shalom when I moved to Wellington, and it’s a gorgeous place. The park is pretty large, but much of it is off limits to canines, so we had a specific area in mind.

Before the weather turned rainy and wintery like it has been for the past two weeks, we were graced with a gorgeous sunny Sunday for the walk. Everyone was set to meet near the park entrance, and soon enough, Vallhund after Vallhund began to show up, escorted by their various owners. You can always hear them before you see them. 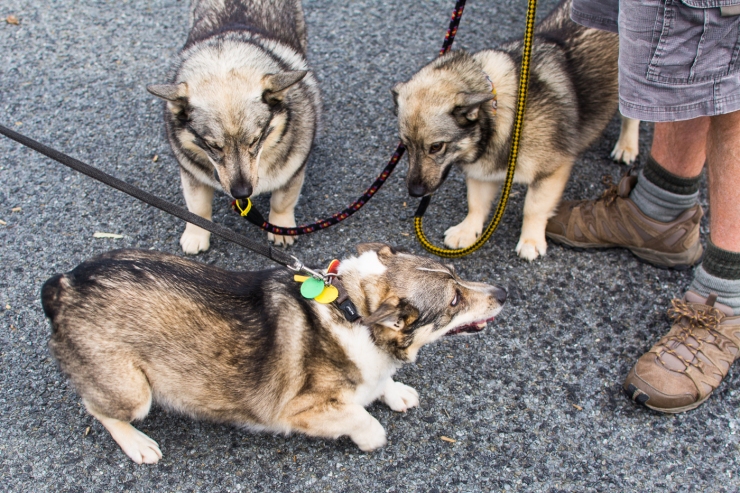 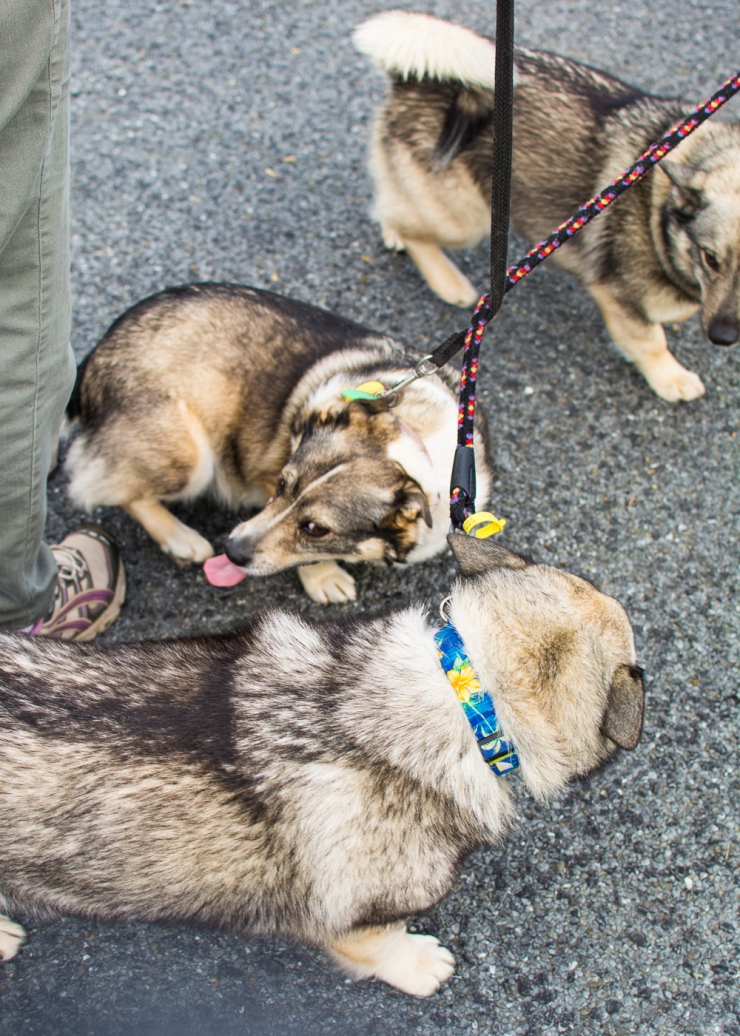 With all the necessary greetings and sniffing taken care of, we began the walk towards the beach, where we knew the dogs could romp off-leash. 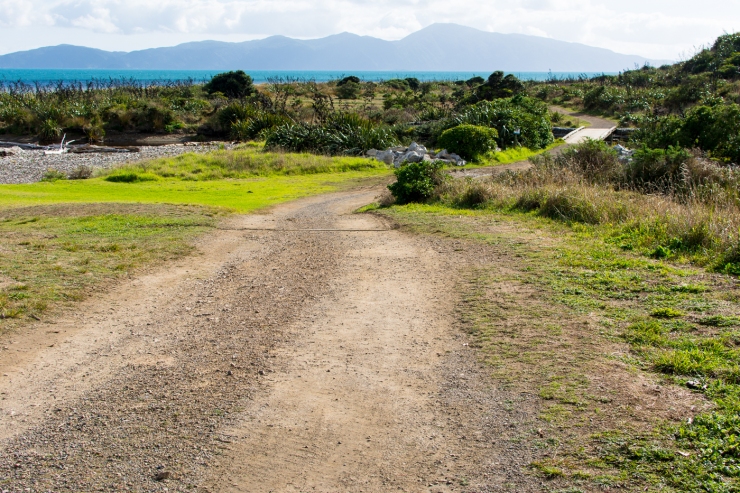 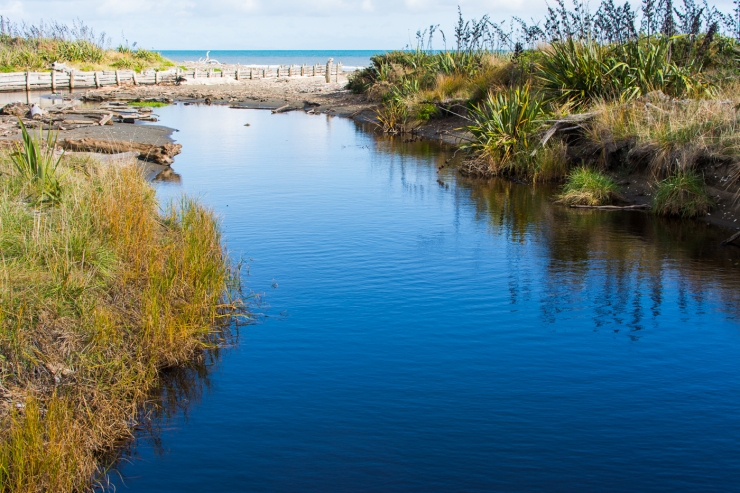 There isn’t anything cuter than a pack of Vallhunds playing and loving life. It’s always funny seeing people’s reactions when they come across such a large group of short-legged beasts.

And this is what happens when someone has a stick or treat. No chance that they won’t ALL want it. 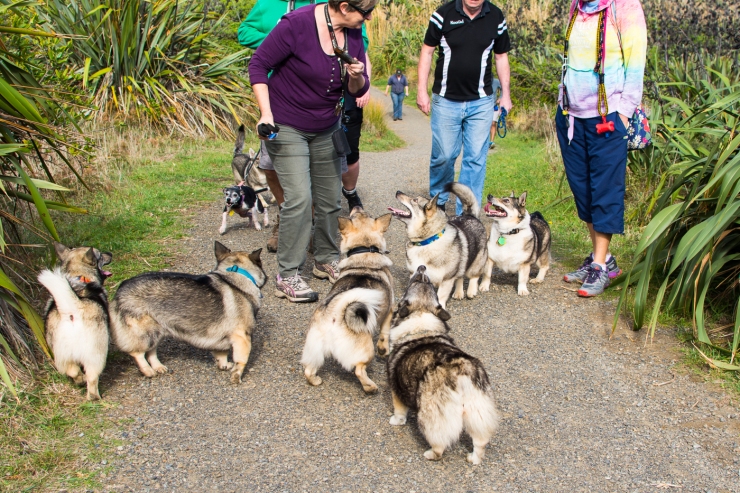 Higgs loves to be in the lead.

When we crested the hill, Kapiti Island came into view on the horizon.

We took a side track down to the beach to let the crazy dogs do their thing. Beach visitors have clearly spent a good deal of time decorating the fencing along the shore.

I love this type of collaborative outdoor art found all over New Zealand. It commonly takes the form of rock stacks alongside rivers, but this was the first shell fence I’ve seen.

While I was busy photographing the fence, the dogs headed straight for the surf. 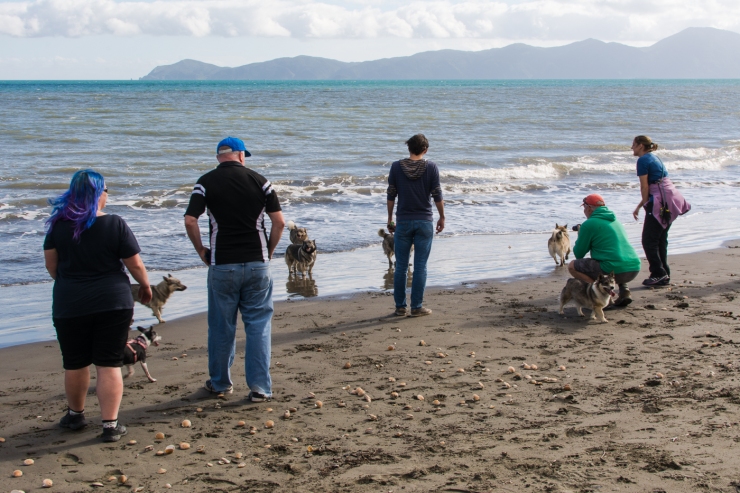 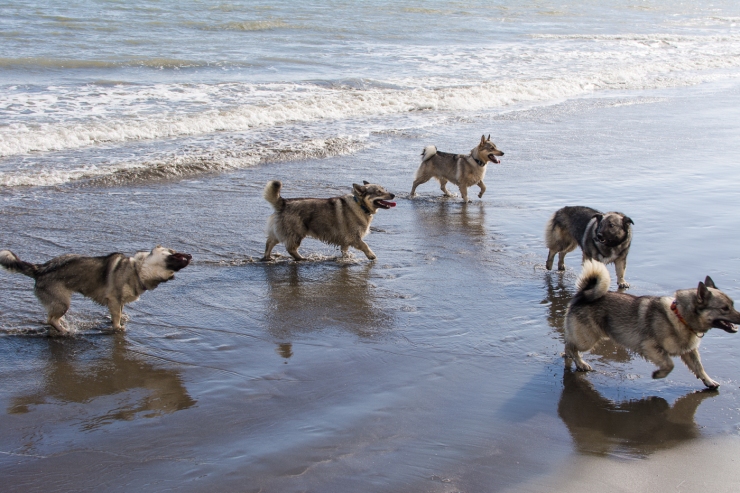 Little Taz was the only odd dog out, being a non-Vallhund, but he certainly wasn’t intimidated. Like my own Taz back in the States, he knew how to hold his own and make a lot of strange noises while doing so. 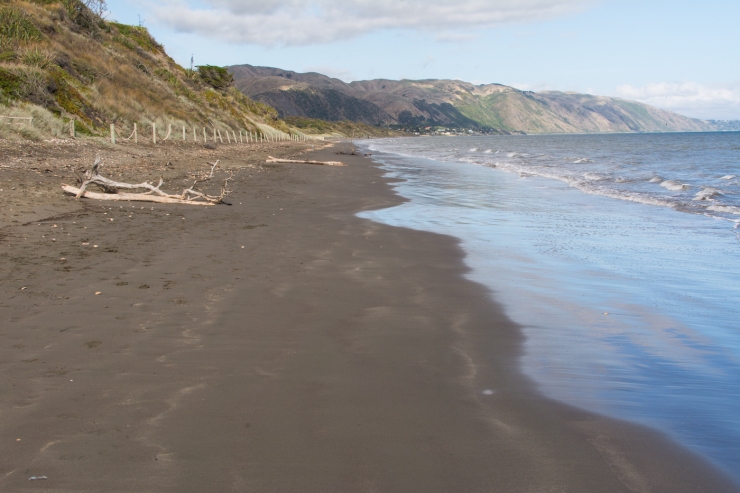 What a gorgeous day to spend along the seaside, especially with a troop of Vallhunds to provide endless entertainment.

Here’s a shot of all eight of them.

Doesn’t get any cuter!

I’ll leave you with a couple Vallhund-free shots until I return with part two. Get ready for more crazy seaside dog antics! 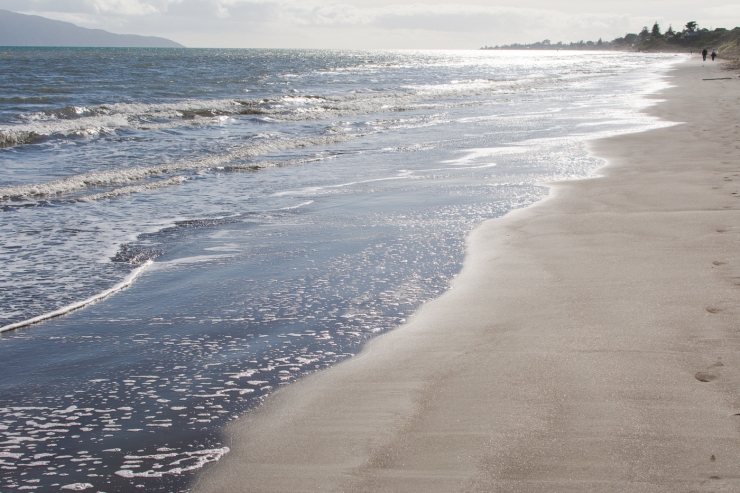 3 thoughts on “Running of the Vallhunds”