On Saturday afternoon (yes… still only on the first full day), Andy, Higgs and I headed into Castlepoint to check out the lighthouse. I can never resist a good lighthouse and I love seeing them everywhere in New Zealand. They make me feel at home, having grown up around all the rugged coastal New England lights.

We parked near the beach, and the views were already spectacular. 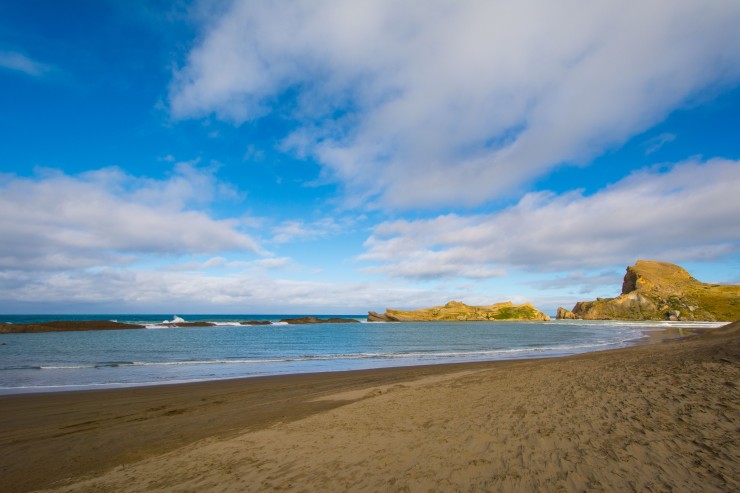 That giant rocky hill in the distance is Castle Rock. More to come on that in my next post.

While I took photos, Andy and Higgs used this opportunity to enjoy the sand dunes.

We then headed towards the lighthouse that stands guard over the rocky coast of Castlepoint. Built in 1913, it’s now managed from a central control room in Wellington.

From the walkway up to the lighthouse, we spotted quite a few seals lounging in the sun on the rocks and swimming in the bay.

Not a bad spot to be a seal.

It was a pretty easy stroll up to the lighthouse, and the views just got better and better. 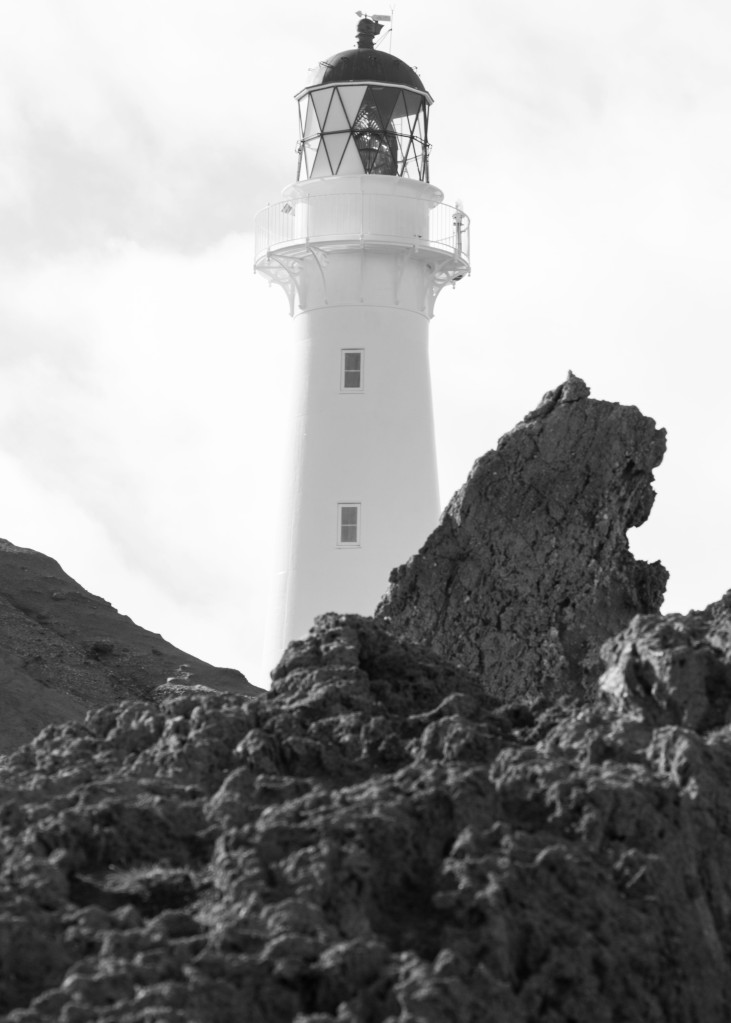 I especially loved the winding wooden stairway to the top of the rocky peninsula.

I quickly recognized this spot as the location where all the Google Image search results for “Castlepoint” had been photographed. This was exactly what I came for.

The viewing platform at the top showcased the beauty of this spot from every angle. 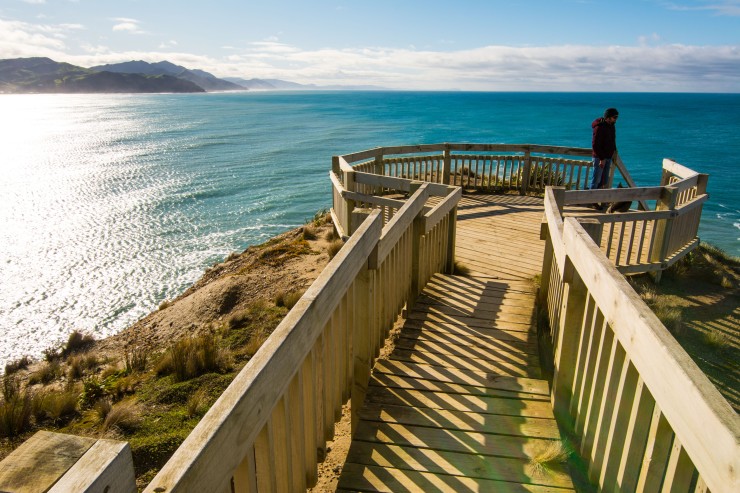 While Andy took this next photo of me, Higgs got pretty agitated. I’m still not sure if he didn’t like the fact that I separated from the pack, thought I might be in danger, or was just mad I was off-leash and he wasn’t. 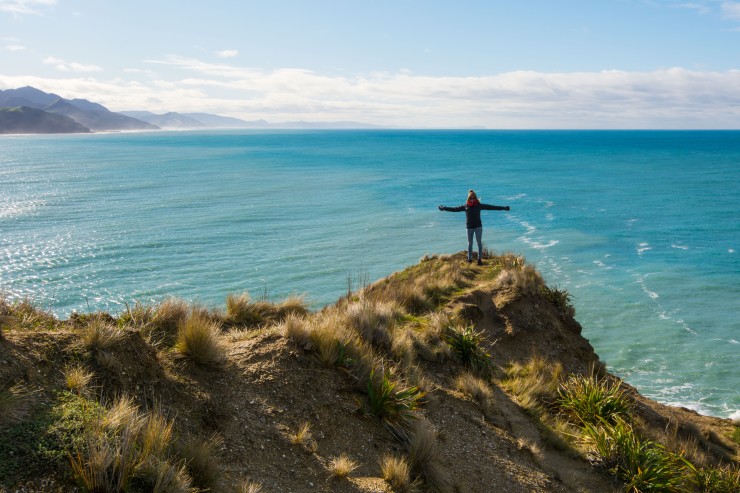 The volcanic rocks that make up this promontory are incredible. 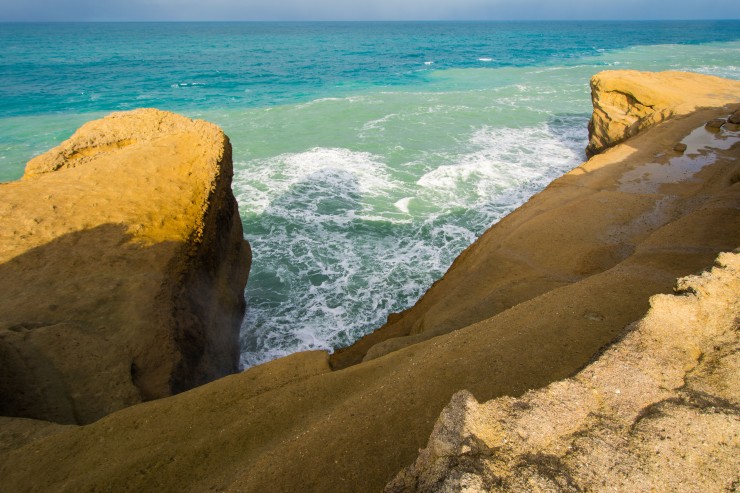 The three of us circled back up to the lighthouse.

As we headed back down the path, I had to take this opportunity to get a group shot.

We explored the rocks that jut out into Deliverance Cove next. Higgs did his thing and hopped right in the water.

We scampered up the rocks to get a better view and discovered a green pool.

I think we were slowing Higgs down, since he had a much easier time scrambling around on these rocks than we did. He also blends right in. 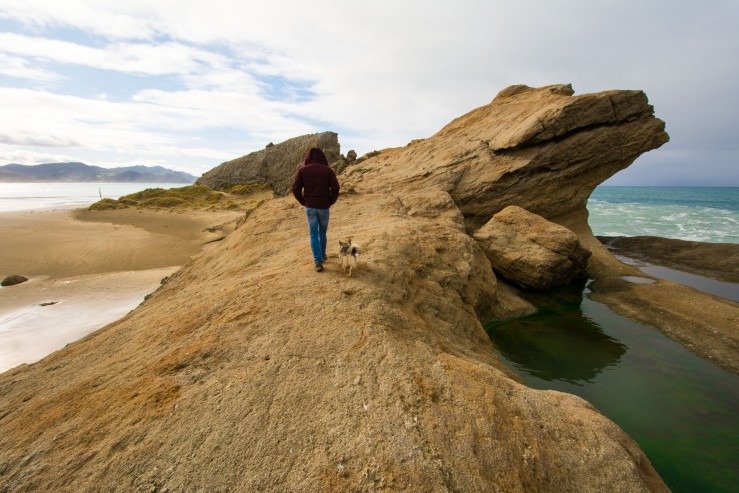 Huge waves battered the rocks on one side while the cove on the right was completely calm.

We headed back to the car to make the short drive to our bach since we planned to have dinner out that night. I had to take one last lighthouse shot as we passed through town. 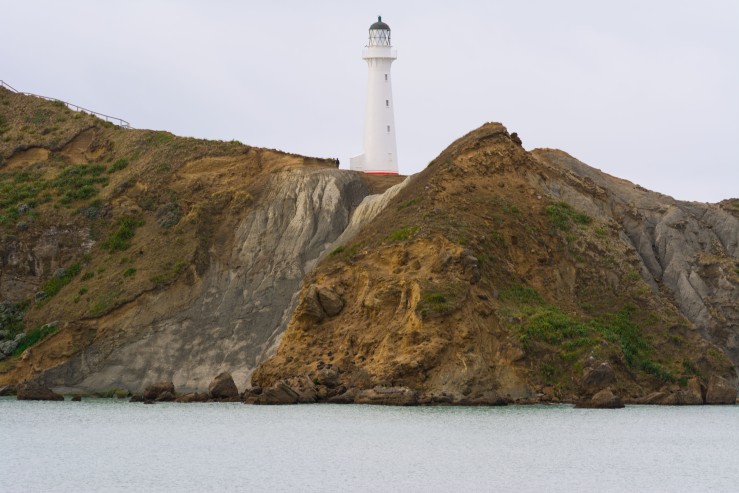 In the final installment, join Andy, Higgs and I as we conquer Castle Rock.

4 thoughts on “Towards the Light”