I wanted to cover Tongariro Alpine Crossing first, since it was one of the highlights of my recent North Island trip, but I can’t neglect the other places along the way. My bus trip took me by some great scenery, including a far-off view of Mount Doom as I approached Taupo. 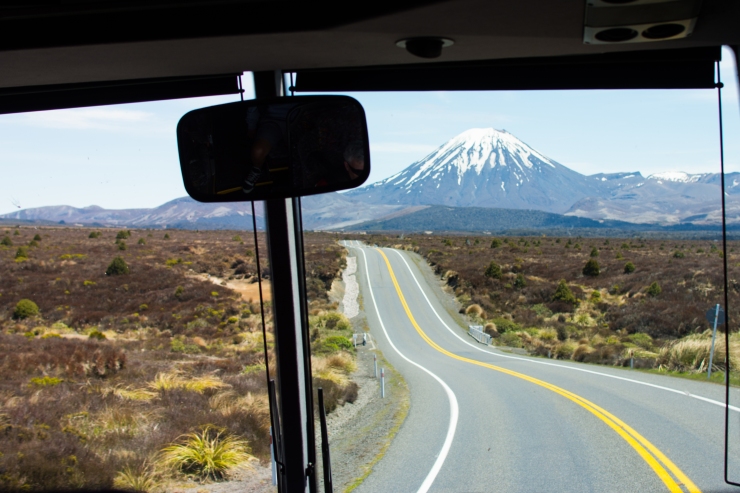 Taupo was my first stop because of its central location and proximity to Tongariro National Park. It’s a small town on the shores of New Zealand’s biggest lake, with an understandably large fishing industry. There’s not a whole lot to do in the town itself, but hostels and motels are everywhere because of Taupo’s reputation as a base for travelers going on all sorts of excursions in the area. There are a couple local hikes accessible from town, so I set off on my first afternoon to do one of these, Huka Falls. Any trek promising a waterfall at the end is usually a safe bet, and I had seen some great pictures of this one before. The hike in had some great views of the ever-colorful Waikato River. The day was a bit hot, and I was very tempted to take a quick dip in one of these shady spots. At the end, though, the hour and a half hike was well worth it to arrive at these falls. It’s one of those spots that you can also drive to, but I always think it’s more rewarding when you’ve done the hike. The Waikato River, the powerhouse behind Huka Falls, is the longest river in New Zealand, and drains into Lake Taupo. I guess it makes sense that Taupo is also the biggest lake in New Zealand. 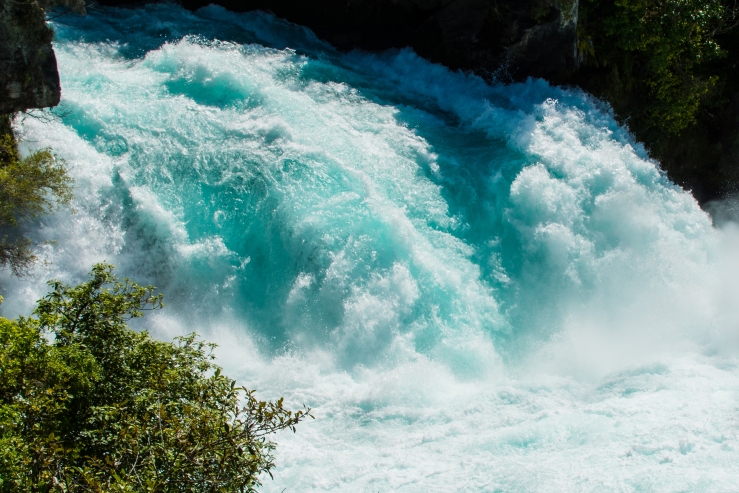 The color of the water is just amazing, and it took me a long time to decide which shots to delete out of the hundreds I took. 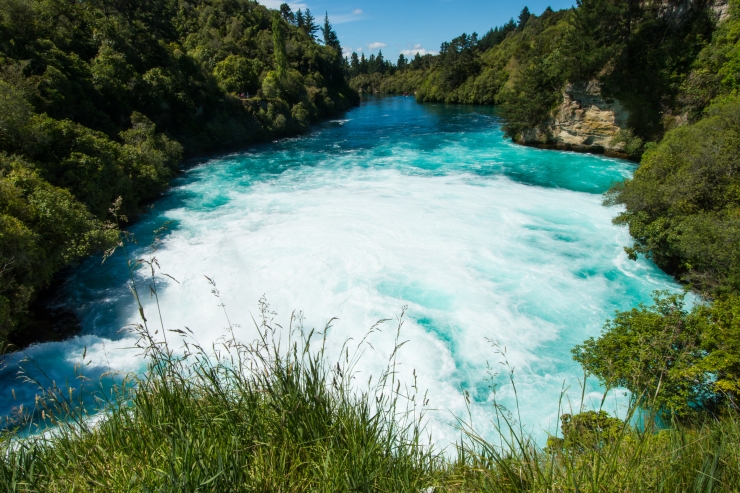 The sheer volume of water emptying out of the falls was mind-blowing. Even the Kiwis don’t attemp to put a raft down this one, although some boats do come up for viewing at the base of the falls. I called it a day after this hike, since I had to get up at the break of dawn the following day for my shuttle to Tongariro, but it was more than enough to tide me over until Mordor.

Since I only had two nights in Taupo, I knew I had to explore the shores of its namesake lake. I set out to take some pictures before my bus left on Wednesday, just beating out an incoming rainstorm. 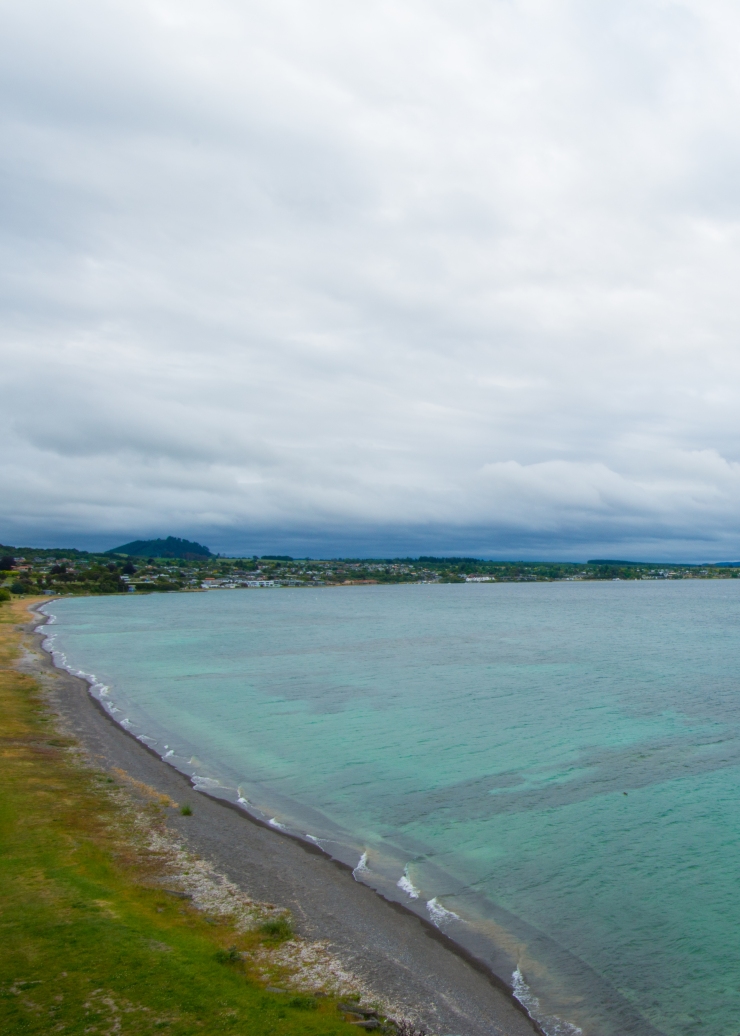 Again, the colors are just indescribable. It really is something in the water that makes New Zealand such an incredible place. I headed down to a small beach along Taupo’s shores, despite the stormclouds looming increasingly closer. I came across a family of black swans, a bird which is surprisingly prevalent here, but beautiful nonetheless. 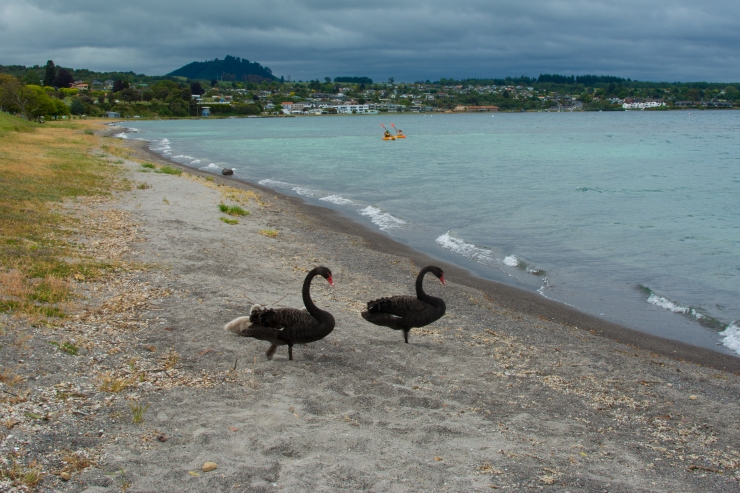 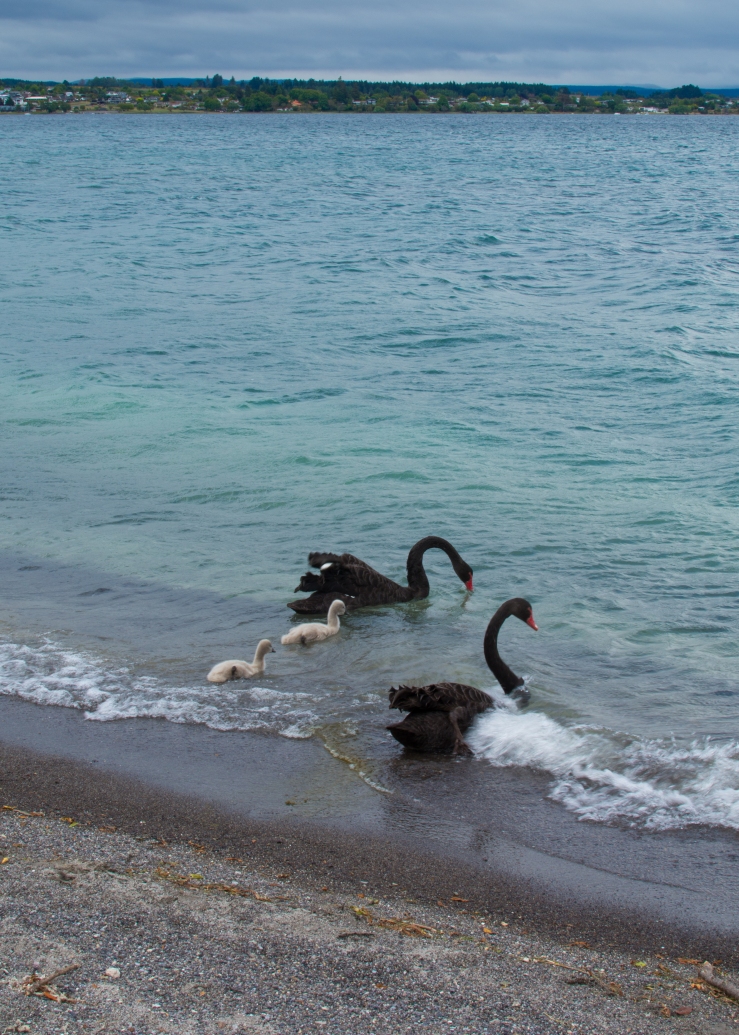 I didn’t get too close, because you never know with overprotective parents, but they were great subjects.

I finally decided I’d need to head back to my hostel before the sky opened up, so I took a couple last shots on my way. 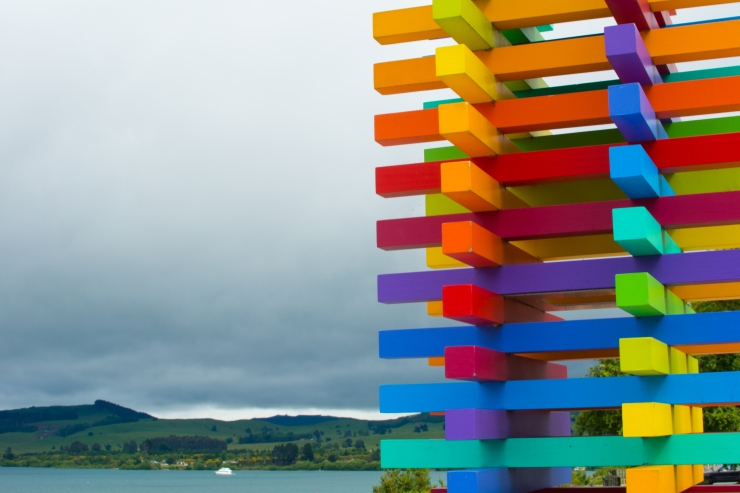 I really liked this colorful statue by the waterfront.

Taupo was a great stop, and although the town itself was a bit sleepy, the region has an amazing aray of outdoor activities to partake in. The trouble with New Zealand is that you can say the same for every single part of this country. Now, how to do it all?!

Next, I’ll cover my time in Rotorua, and of course, THE SHIRE!! That may just be my longest post yet. Maybe I’ll make it a trilogy… 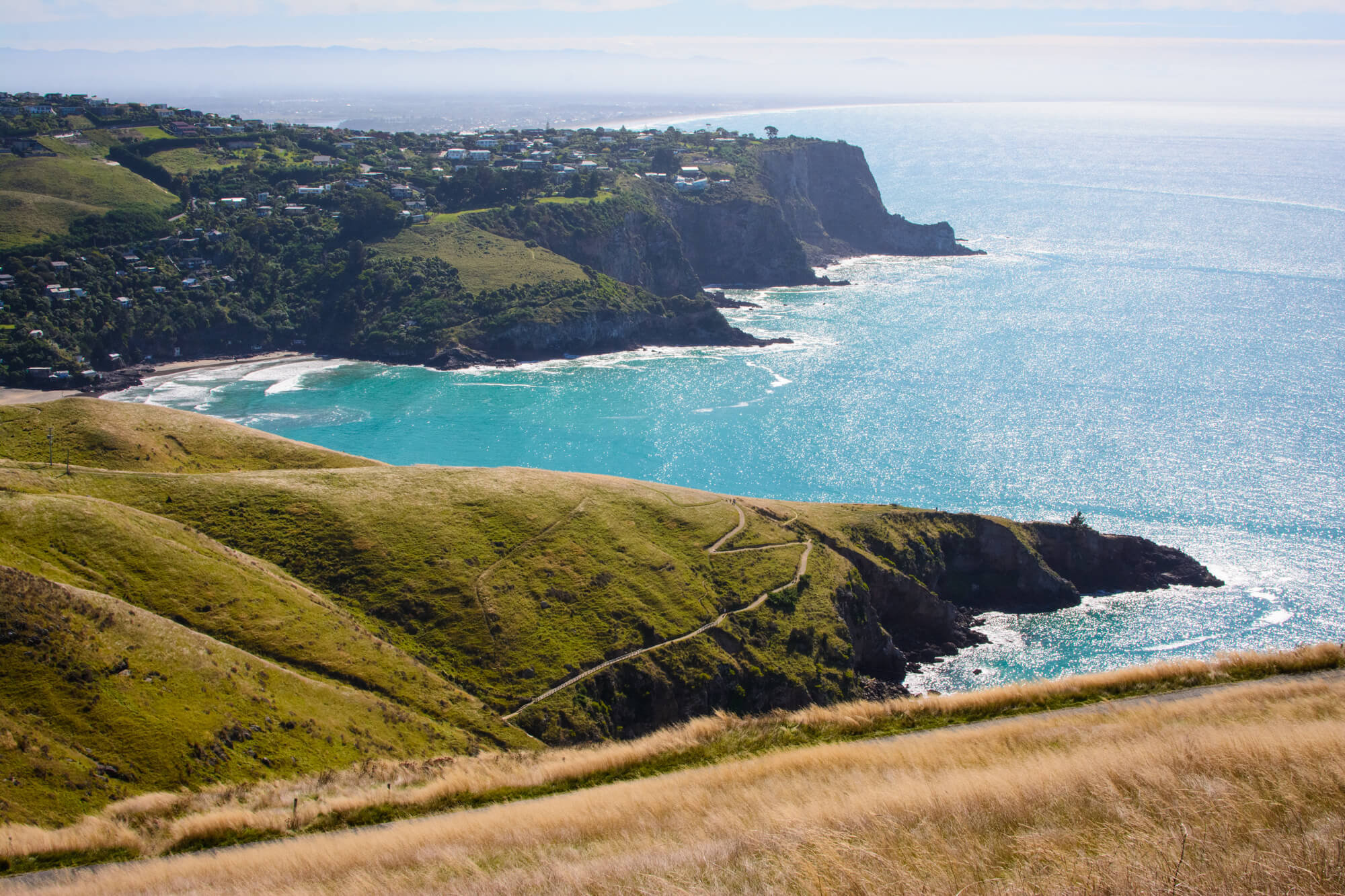 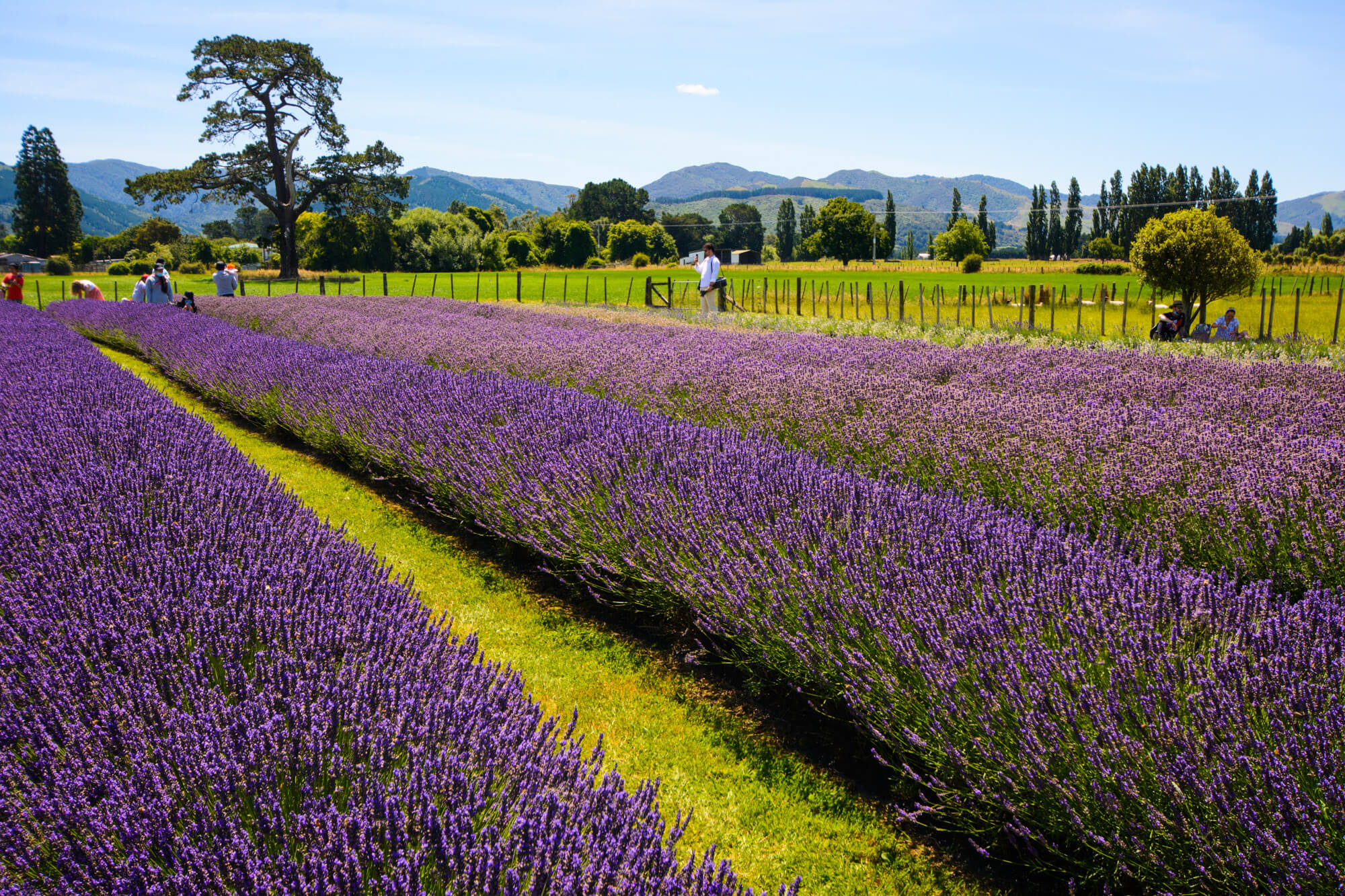 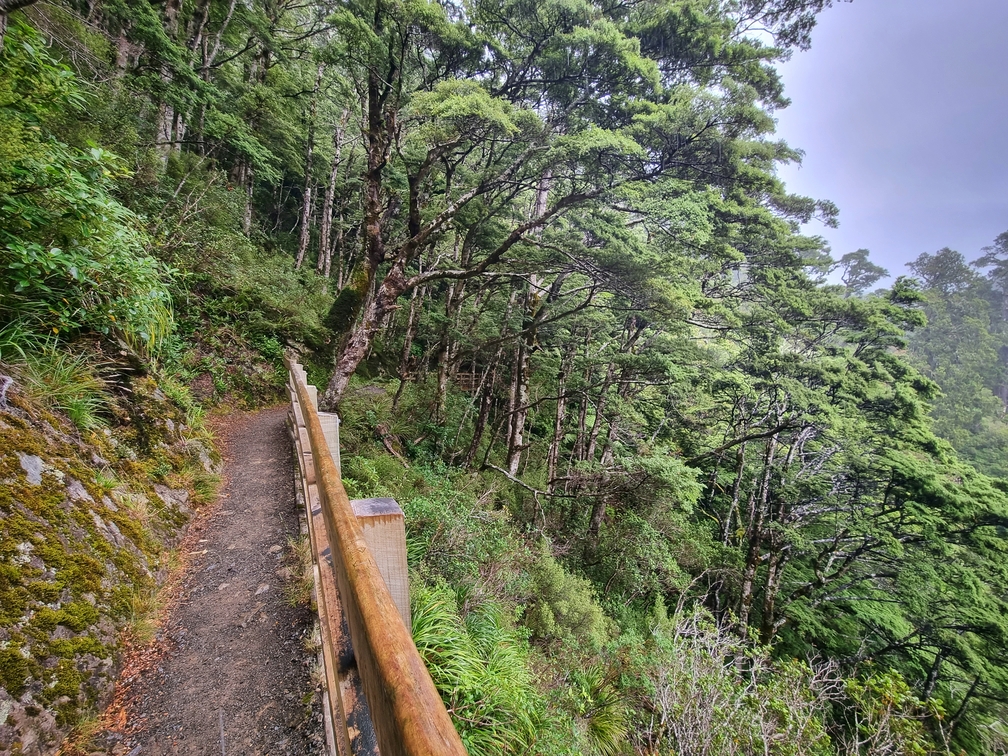 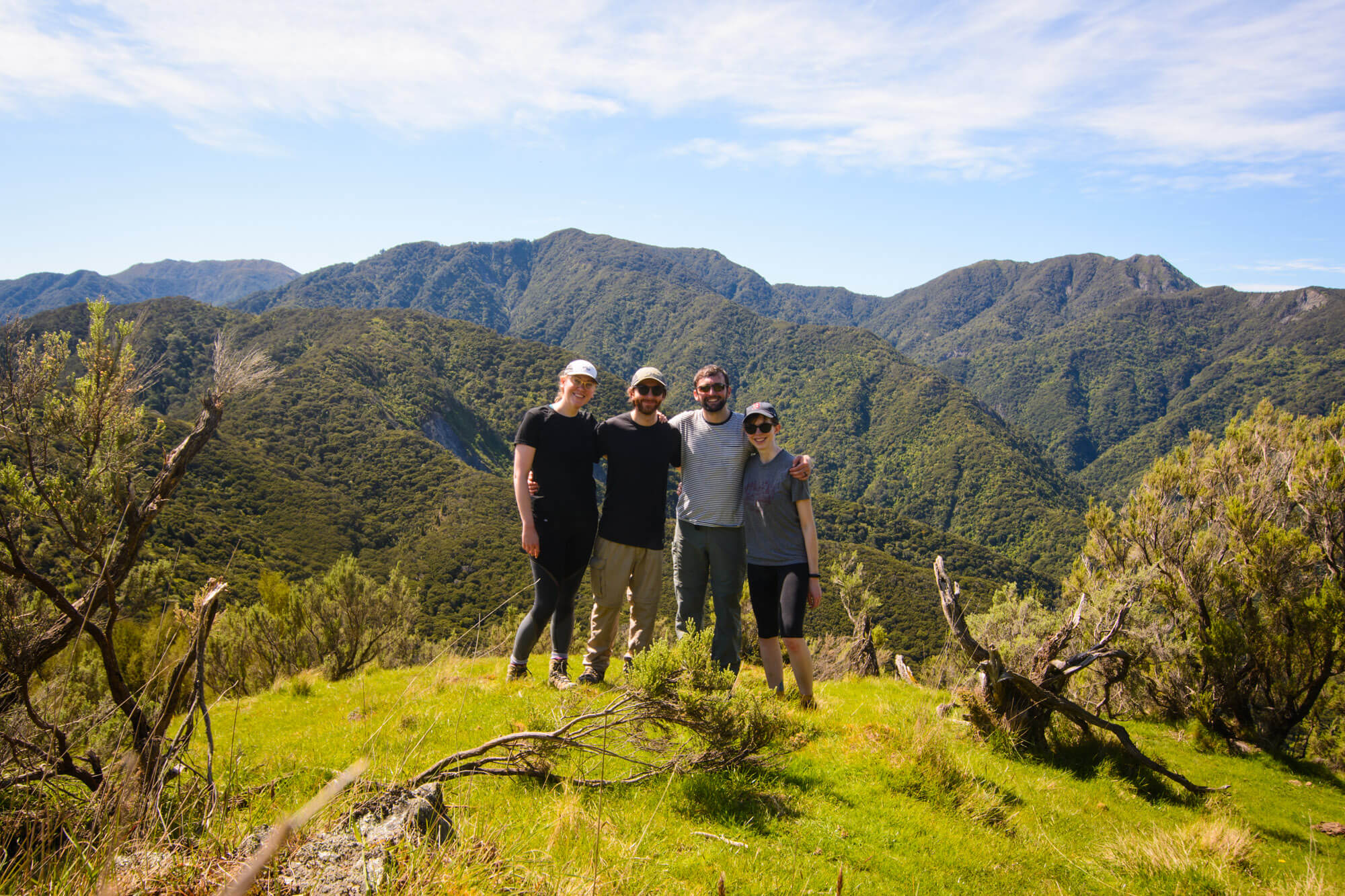 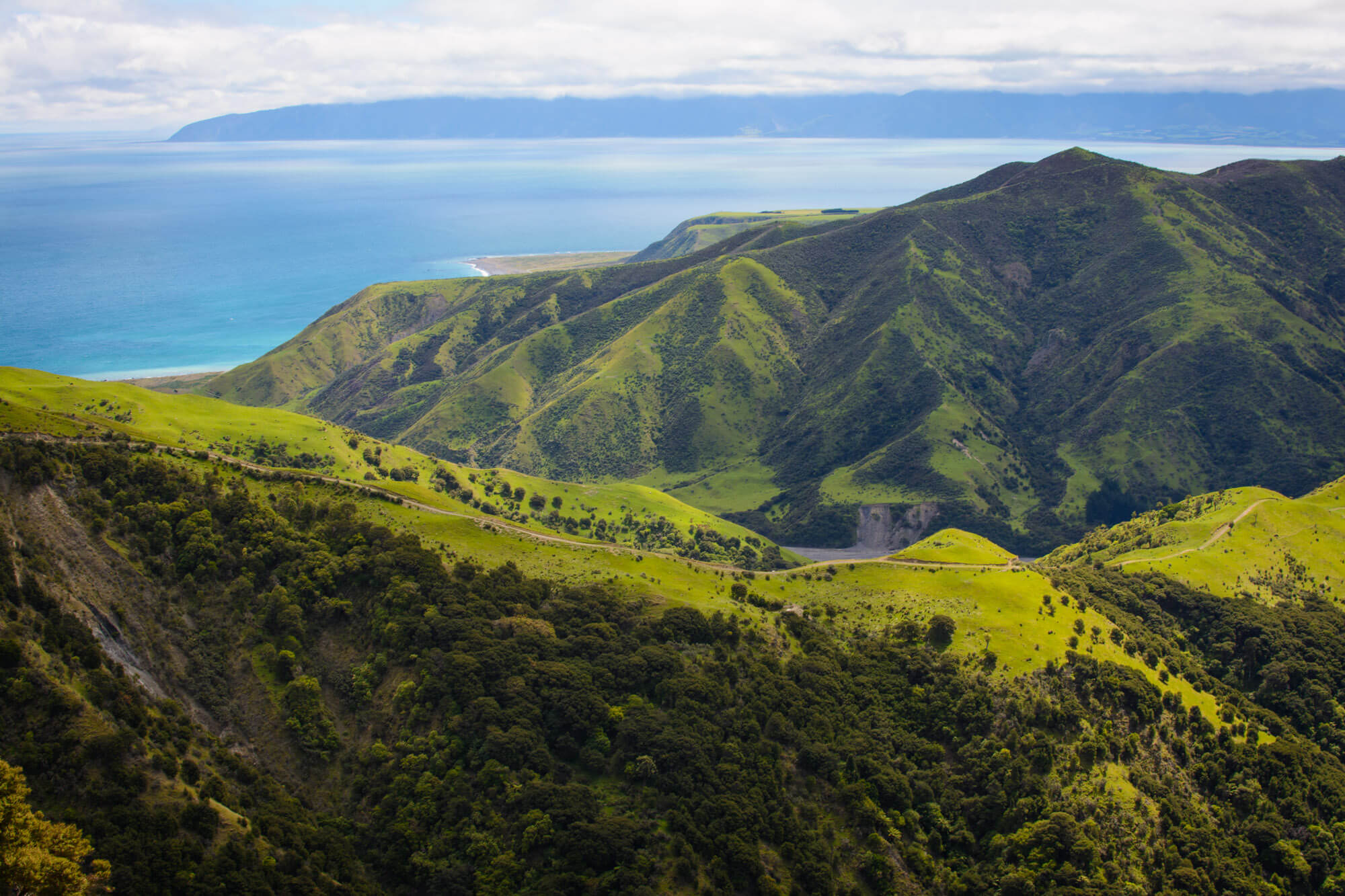 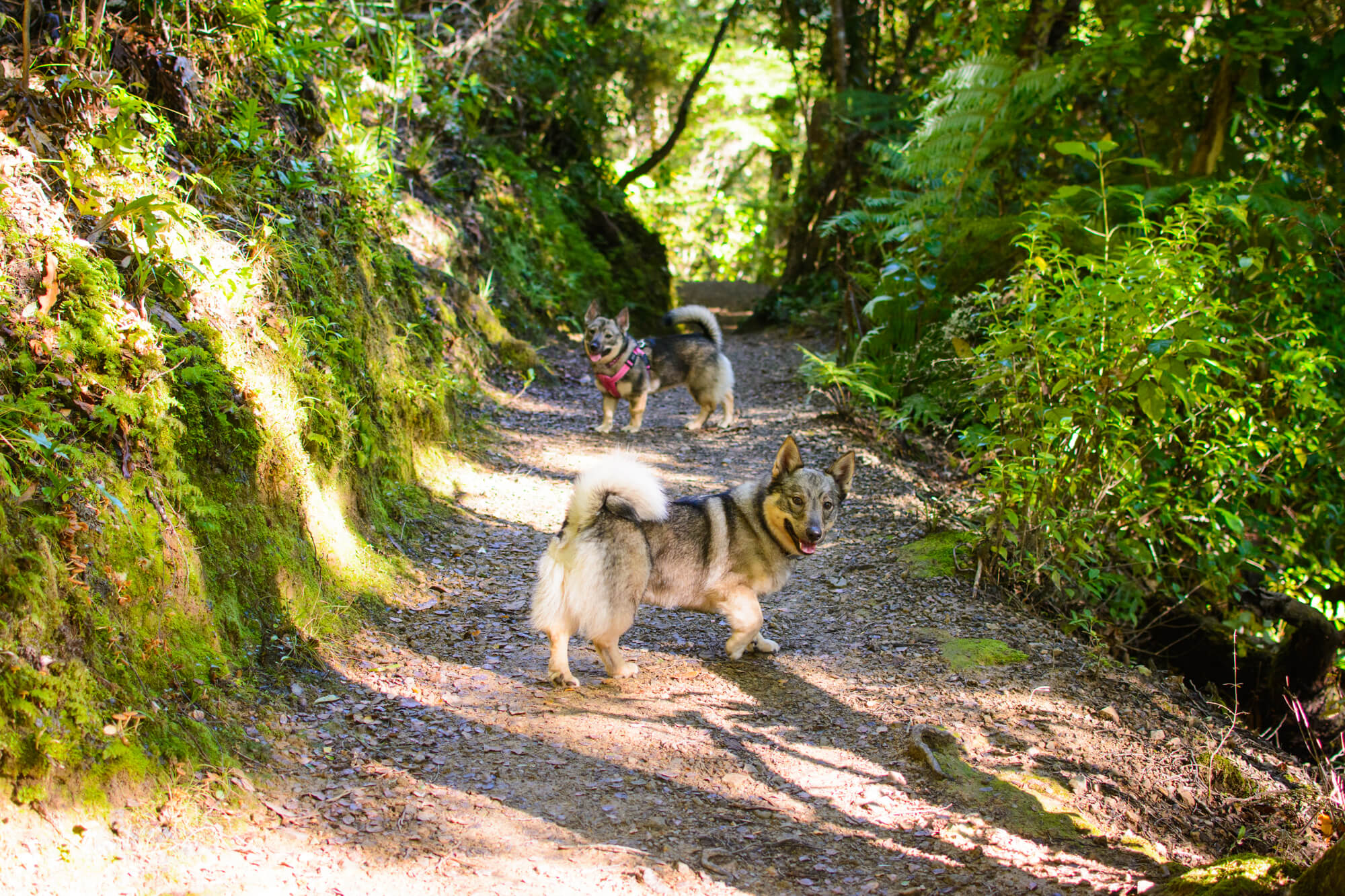 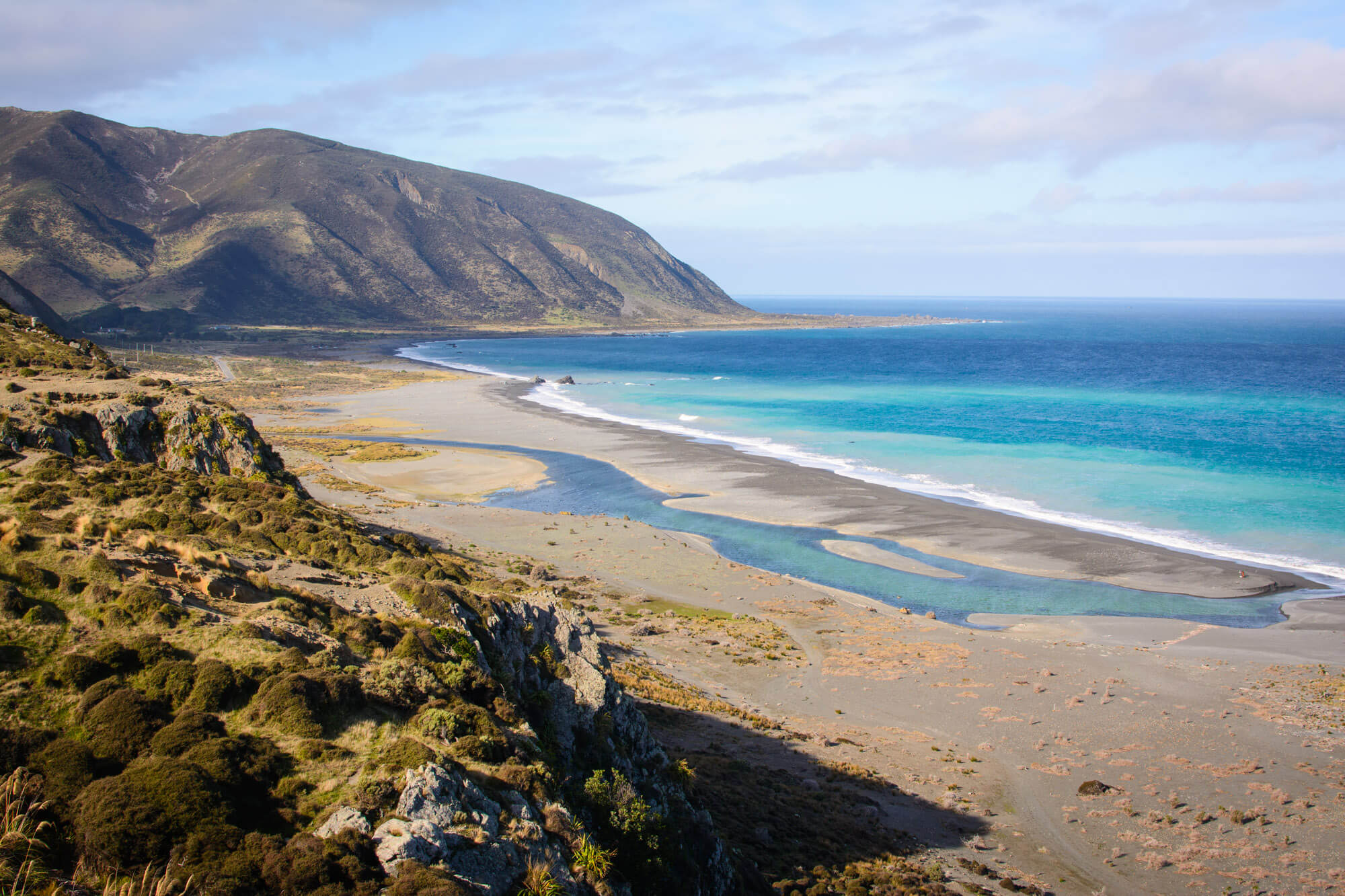 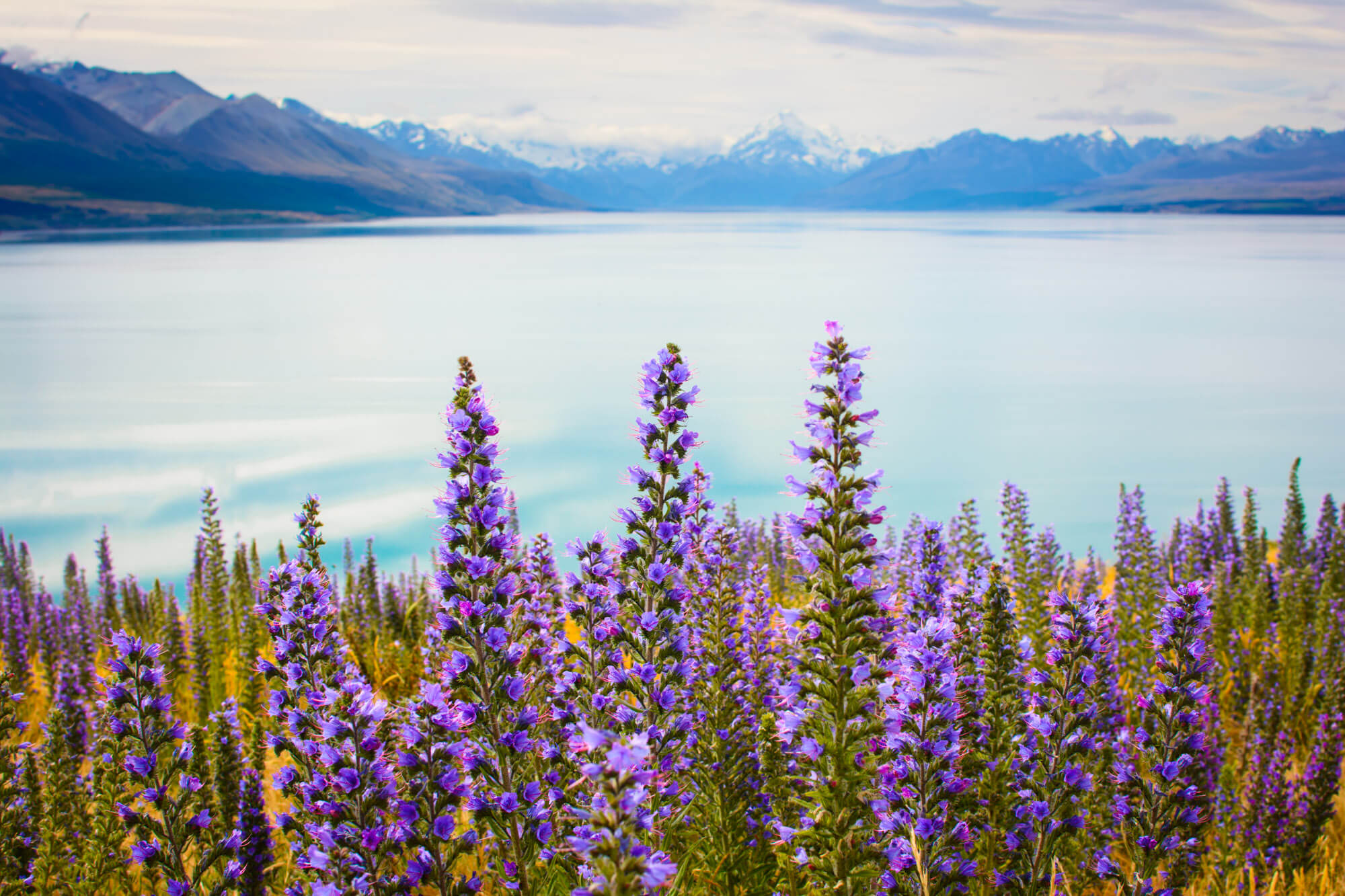